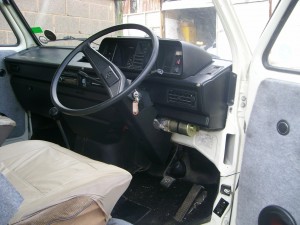 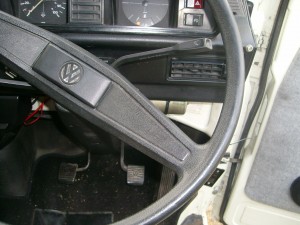 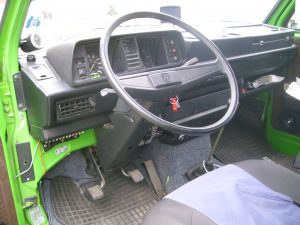 I have been frequently asked if I convert the VW T25 vans to power steering, and now I can answer yes!

I have in the past converted a few different types of vans but there was one that I wanted to work on but never got the chance, the VW T25. In the end I decided to buy one myself just so I could convert it, when I looked at prices I had to reconsider that idea as prices were starting around £1500 for a box of rust on wheels. 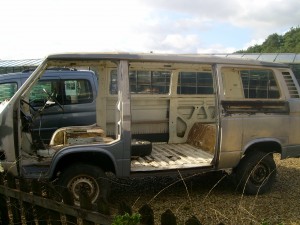 Sorry but this van is now sold!

I had a stroke of luck when I contacted someone advertising T25 parts on ebay. I originally wanted to buy the steering column from his van and was going to ask him if I could use his stripped out shell of a van for a few trial fits of my power steering system, when I spoke to him he was getting tired of all the time wasters on ebay and said I could buy the whole remaining van at a very good price and he was only about 10 miles away from me.

I organised a trailer and collected the shell, the trailer had a hand winch to pull the van up the ramps and everybody present was exhausted by the time the van sat on the trailer.

I set to work on my new project, with this van I used a Corsa C column because the diameters of the shafts were a much better match. A few days later and everything was ready to test on a working van. I had previously contacted Bob, a specialist in Volkswagen van upgrades from nearby Balsall Common when I was looking for a van steering column. He expressed an interest in the project so now I was ready I phoned him again and arranged to fit the power steering unit to his own T25 van. With Bob’s knowledge of the van and my own experience with the power steering we soon had it fitted and working, Bob has since been driving his van to test how the steering performs. He knew about other available conversions for the van which had speed sensitive options, I told him my opinion was that they are unnecessary complications and after driving his van he agreed with me. There is a lot of nonsense written about speed sensitive controllers for power steering, your van feels light for parking and when your speed increases it feels the same weight because of the fact that your wheels always try to straighten themselves and the little corrections you make to keep on the road are not enough to activate the motor fully. That is my view, and I have had quite a few people say that when they drive their converted vehicle they feel that it must be speed sensitive because it behaves just like it is. I can fit power steering to right or left hand drive VW T25 vans. 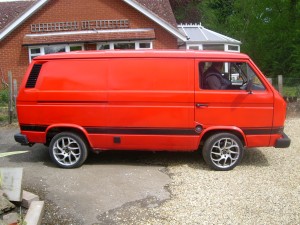 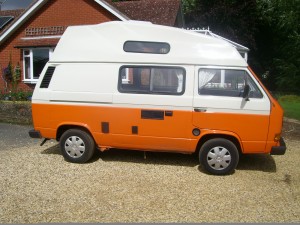 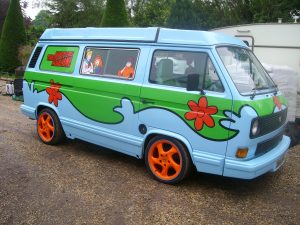 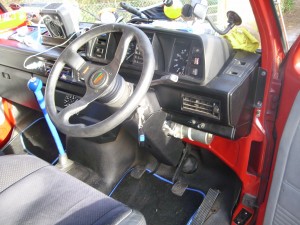 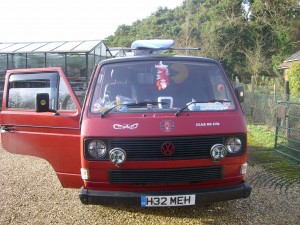 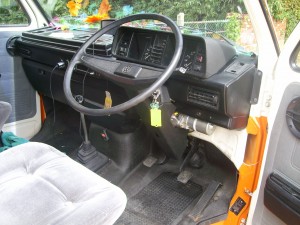 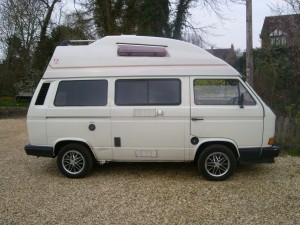 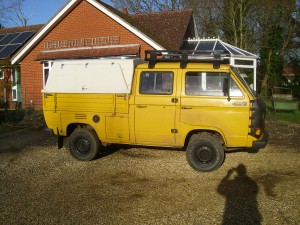 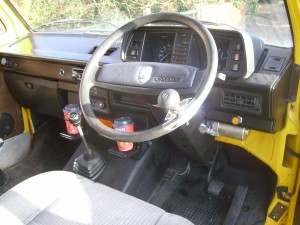 I can convert your VW T25 to power steering here in Stratford-upon-Avon for a total of £450, make a week-end of it and stay here with electric hook up provided while I work on your van or turn up and leave the same day if you are more pressed for time. I can also supply it as a ready to fit kit for £300 when you send me your steering column first.